Fifty pence coin  and stamp cover to commemorate the 75th Anniversary of the Battle of Britain.

In the summer of 1940 Britain faced the threat of invasion.

the Battle of Britain had begun.

In 1940 France had fallen, and crossing the English Channel

to continue the domination of Europe was the objective of Hitler’s ‘Operation Sea lion’.

For Hitler to succeed Britain’s defences would have to be weakened.

Fighters and bombers took to the air on both sides, winning the aerial battle above Britain

would be a key victory to secure.

The pilots had an average age of 21. They flew aircraft like the Spitfire and the Hurricane

with skill and determination. Many pilots and their crews were lost in the Battle of Britain,

but the Royal Air Force ultimately prevailed, turning Hitler’s sights from our shores.

The design of the coin depicts  airmen scrambling to their planes,

not heeding the danger looming above, it truly echoes the spirit of the summer of 1940. 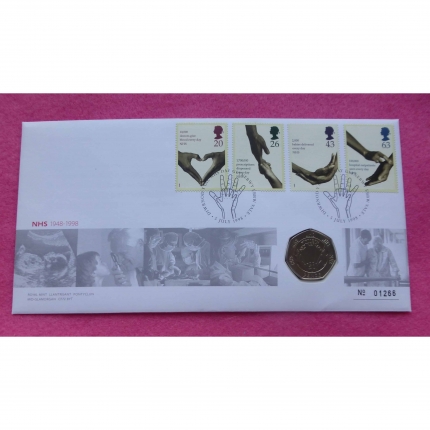 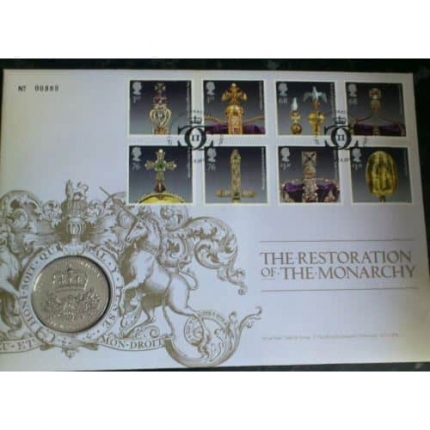