In 2003 the Royal Mint issued a series of Silver Proof Five coins,

to celebrate the ‘History Royal Navy’ on behalf of Alderney

She was the second largest ship of the Naval fleet,

and was a sign of the country’s wealth and power.

In July 1545, she led the English Fleet out of Portsmouth harbour and engaged the French fleet,

with King Henry VIII watching on the shoreline,

he saw his favourite ship out run the French fleet and engage in battle,

however, after firing from her broadside she prepared for the second round of fire,

when a gust of wind tipped her over and water poured in through the gun ports ,

she quickly sank and most of her crew lost their lives.

Four hundred years after she sank , the ship was finally raised from the sea bed in October 1982 , 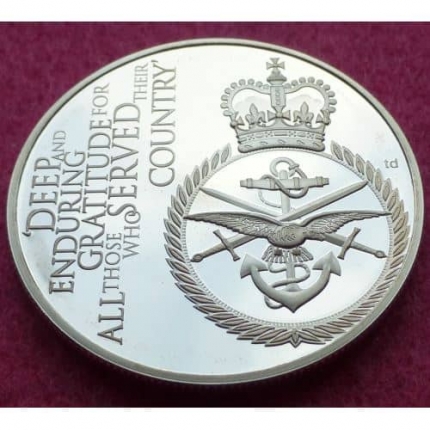